Exchange in a Digital World!

Exchange Following the spirit of Lean Product & Process Development EXCHANGE there will be good possibilities to Exchange knowledge with other attendees as well as with the speakers. Registrations through Lean Association of Finland: Why Digitalization Will Kill Your Company Too

Reflections and questions to the speakers

Set Based Thinking Theory and Case

Reflections and questions to the speaker

We are bringing our 2022 speakers to you! 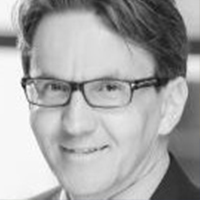 Peter and Juha represent the two organization who organize these virtual online events and will moderate the Virtual Summit. Why Digitalization Will Kill Your Company Too

Digitalization is very popular nowadays but there are risks. Jan will reflect on this very actual and important topic. He will use his vast knowledge to throw more light on this subject.

Error Culture and Continuous Improvement - A Love-Hate Relationship. Arnoud will reflect on the contradictions this title brings to mind and take us through an interesting journey.

Arnoud Herremans is a positive, open minded, creative and inspiring person. He is able to create a culture where taking responsibility, ownership and initiative go hand in hand with a profound respect for people. Personal feedback and positive coaching are his main tools. He actively look for what makes people tic and incorporate that personal drive in reaching the goals of the organization.

He has as background in Neuroscience and uses his psychological knowledge and inter-personal skills to shape a team culture that fosters ownership and initiative. Concepts he works with are empowerment, self awareness, positive mind set, involvement and personal feedback.

Set Based Thinking Theory and Case

Set Based thinking and SBCE (Set Based Concurrent Engineering) are essential methods in any lean product and process development flow, yet we see very few true applications. Bob will go through the theory of Set Based Thinking and den show it in practice with some cases where he has applied the method in real life.

Change management is often neglected when you make major or minor changes. We think people will understand more and that everything is clear. And at the end we lose so much energy and time when we don´t make it right from the beginning. But this is possible to avoid by following a clear way of working. Norbert will present this topic which is described with some stories in his brand-new book, Winning Innovation.

Norbert Majerus is a highly experienced man. Beginning in 2005, Norbert implemented a principles-based lean product development process at the three Global Innovation Centers of The Goodyear Tire & Rubber Company. For more than a decade he was Goodyear’s lean champion in research and development.

Norbert, born and raised in Luxembourg, has a Master’s degree in Chemistry from the Universitaet des Saarlandes, Saarbruecken, Germany. He joined Goodyear in Luxembourg in 1978, transferred to Akron in 1983, and has worked most disciplines in the Goodyear innovation centers in Luxembourg and Akron.

In 2016, Norbert published his first book, Lean-Driven Innovation (Norbert Majerus, CRC Press, 2016), which received the Shingo Research Award. Also in 2016, with Norbert’s guidance the Goodyear R&D organization applied for and received the AME Excellence Award. Norbert has spoken at many conferences in the United States and other countries. Since retiring from Goodyear in 2017, he continues to share his extensive lean expertise via norbert majerus consulting. His latest contribution is his second book Winning Innovation, just released!

Following the spirit of Lean Product & Process Development EXCHANGE, there will be good possibilities to Exchange knowledge with other attendees as well as with the speakers.

We end the virtual LPPDE with some final reflections and remarks and hope the Exchange will continue on our LinkedIn site.